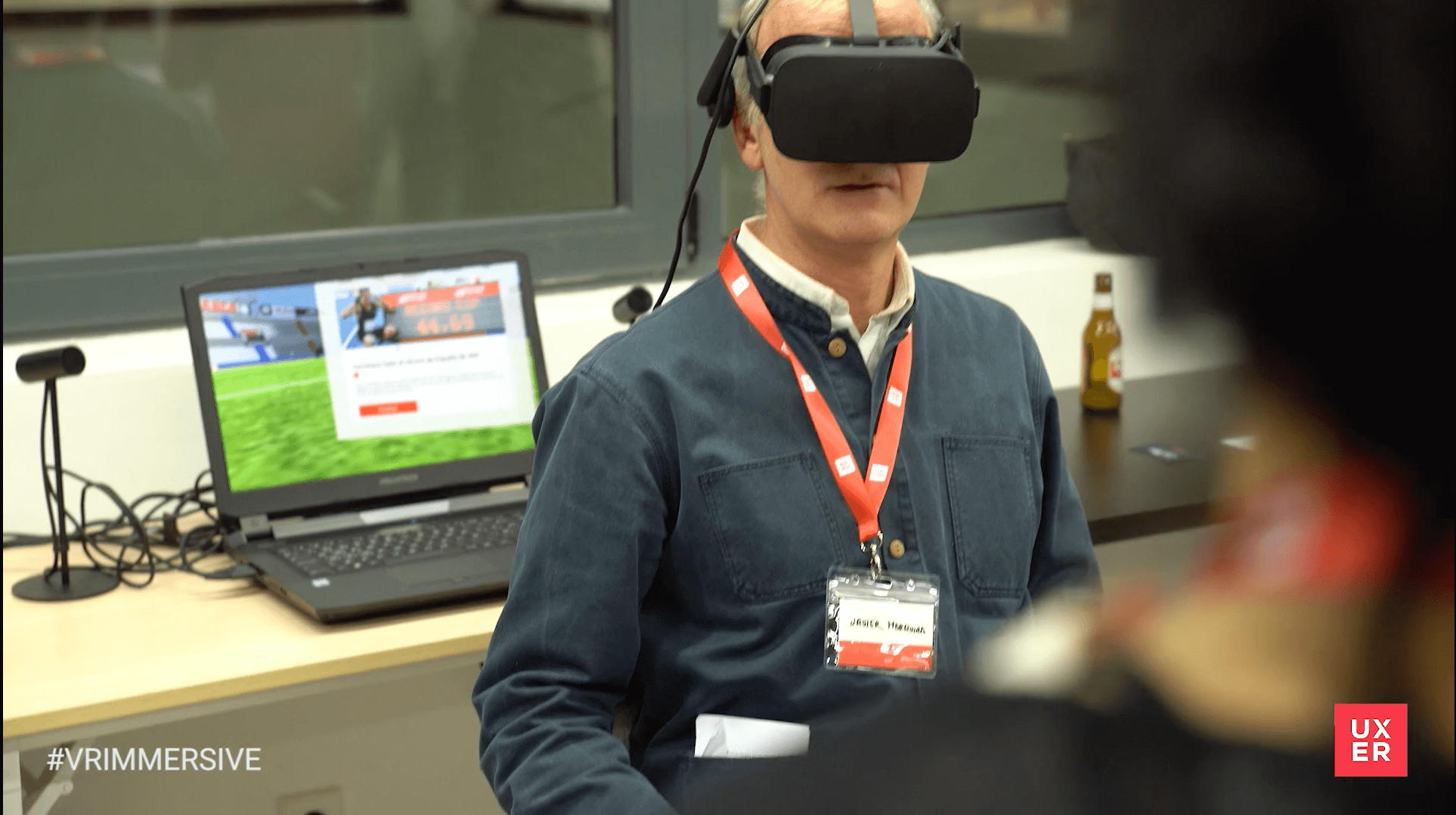 HOW DO WE TEST OUR PROTOTYPES ?

Well during VR layout integration and VR development, we could test it with the help of Oculus Rift headset. Unity allows to try the prototype directly with this headset when you are building the prototype.

Motion sickness: we have to change a video because it moved too much. And it would be bring a very bad experience. I have already had once, and I felt so dizzy!

Frames need to be (in order to avoid motion sickness):

Tris need to be:

The Demo Day, some people could test our prototype and we got some feedback for doing the next improvement and performance.

3D Content: it would be great to rotate them, approach them or zoom them.-User 1

Magazines: “covers of the magazines are too far, it would be nice to have a bigger size”-User 2

Orientation prototype: “the orientation was with the north upside down. But if Laura saw it well on her computer, it is possible that my computer’s room-scale was misconfigured.”-User 3

Motion sickness: “this is too high and do not feel well at all”.-User 4. She was trying a 360º image and she was not seat down. Our experience need to be seat and not stand.

[ If you want to know more about analytics and heuristic tools click here. ]

Previous
Prototype in Unity
NEXT
WebVR